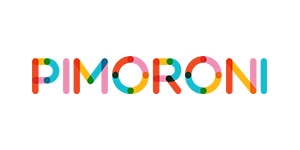 - Pimoroni designs, manufactures, and sells friendly products for Makers, Educators and Creatives. Founded in 2012 by Jon Williamson and Paul Beech, Pimoroni makes tech treasure for tinkerers. The company started just after Paul won a competition to design the Raspberry Pi logo. Supported by the Raspberry Pi community, as well as the wider Maker community, Pimoroni wants to bring electronics to a larger audience by making electronics accessible and attractive. Pimoroni has seen 80% growth each year since they started and currently employ over 30 people from their headquarters in Sheffield, in the northern UK. This growth has been sustained by selling internationally through more than 50 worldwide distributors. Pimoroni is the largest Adafruit reseller in the UK. When Kickstarter launched their UK site, Pimoroni's Picade (a kit to convert your Raspberry Pi into a desktop arcade machine) was their first project. Their name? Pimoroni stands for Pirate, Monkey, Robot, Ninja (Pi-Mo-Ro-Ni) and sounds like the name of an expensive Italian lager. It’s pronounced Pih-mo-row-knee. You’ll see the pirate (and his friends) pop up throughout our branding.